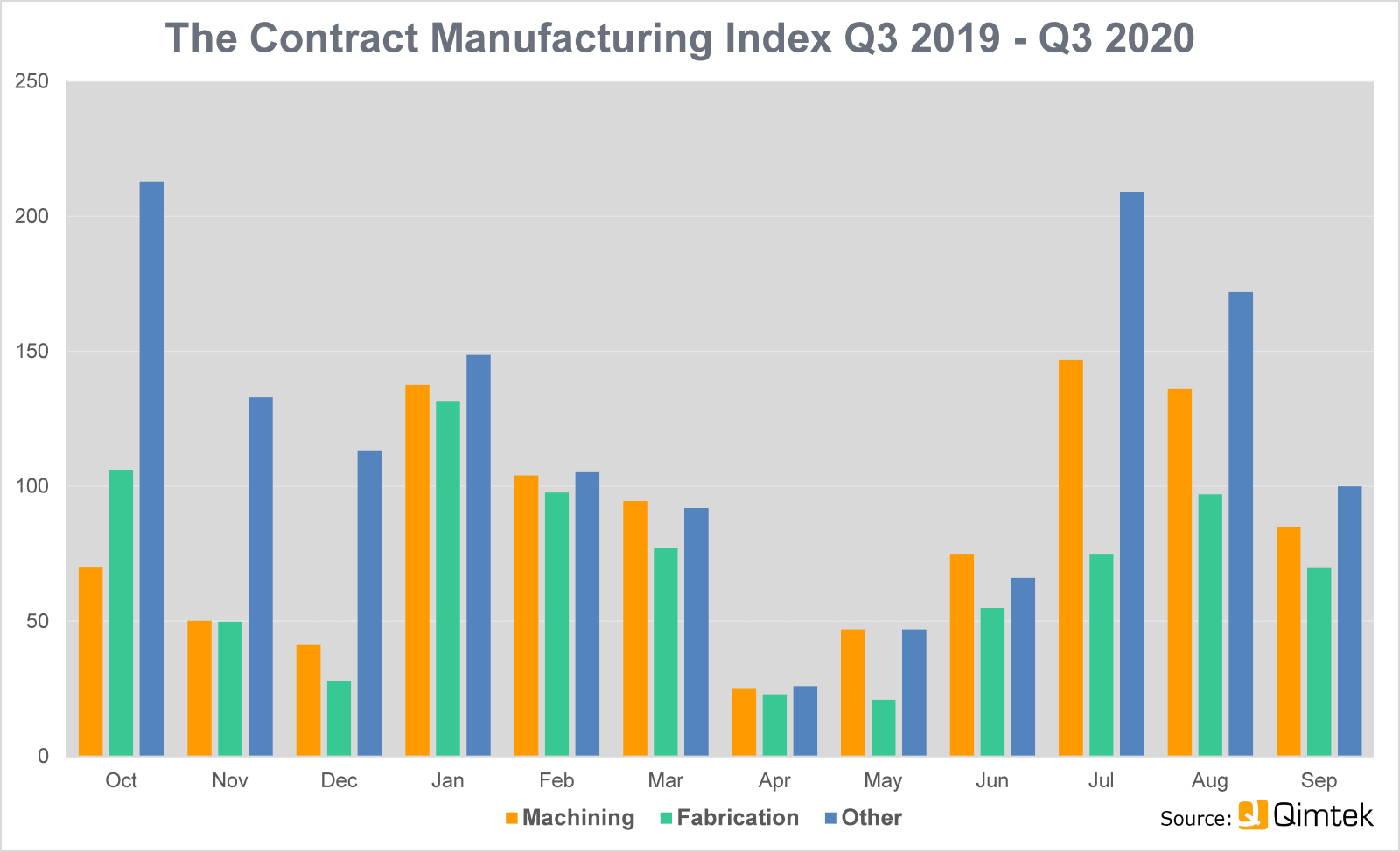 The latest Contract Manufacturing Index for the third quarter of 2020 (Q3) shows that the subcontract market bounced back strongly in July and August after the Covid-19 shutdown.

The market fell slightly in September, but was still 14% higher than at any point in the previous quarter. The signs are that larger companies have projects in the pipeline but they are taking longer than normal to come to market as many staff continue to work from home.

The Index showed an increase of 43% from the equivalent period in 2019.

Fabrication was particularly strong, 344% higher than the previous quarter and representing 58% of the subcontract market. Machining, although less impressive than fabrication, still showed a very healthy increase of 243%. Other processes, including plastic moulding and electronic assembly, held their own, but were only 9% up on the previous quarter.

The strongest markers in Q3 were, perhaps not surprisingly, those where fabrication is a key process, namely Construction – which was almost eight times higher than the previous quarter, Industrial Machinery – nearly four times higher, and Marine, which jumped from fifteenth biggest market to third. The other two top five sectors were Furniture and Food & Beverage.

The biggest drop was in Defence & Military, which fell from being the most valuable sector in Q2 to almost nothing in Q3.

Commenting on the figures, Qimtek owner Karl Wigart said: “There were signs at the end of the second quarter that a recovery was on its way and these have been confirmed by the latest figures. The third quarter of 2020 is the best since the first quarter of 2019 and over 150% higher than the previous quarter.

“Most of this upside came in July and August and we saw a slowdown in September. However, we know several large companies have projects coming up but everything is taking a bit longer than normal with the manufacturing workforce partly working from home. So we expect the next few months to pick up again from the September numbers.”