Flying Cars Are No Longer Just a Concept - They're a Reality 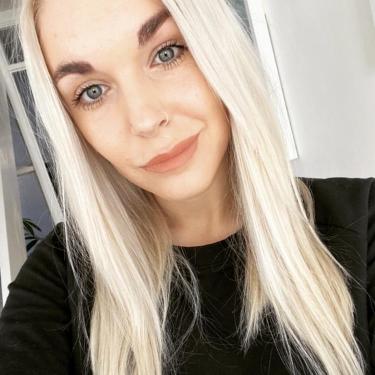 When you think of the future, chances are that flying cars form part of the image that comes to mind. Long-touted as one of the ways in which humanity will improve its methods of transportation, the concept of a flying car has been on the radar for quite some time. However, thanks to one professor, flying cars have now left the conceptual phase and become a reality, leaving many to wonder whether the automotive-aircraft hybrid is set to go mainstream.

Professor Stefan Klein recently completed a 35-minute flight in his prototype AirCar between international airports in Nitra and Bratislava, Slovakia. Developed by Professor Klein's company Klein Vision, the AirCar is an astounding feat of modern engineering. On first impressions, it looks like a sports car (albeit a very flashy one); however, once the concealed wings and tail unfurl, the car becomes a light aircraft capable of reaching an altitude of 8,200 feet.

The AirCar's recent test flight has taken its accumulative flight time up to an impressive total of forty hours, proving that the flying car is a feasible concept and building hopes for a widespread union between automotive and aviation. But how does the AirCar work? And can the general public look forward to purchasing a flying car in the near future?

Should it be more car, or more aircraft in order to enable safe, effective travel?

The prototype AirCar has given the world huge insight into exactly what it takes to make a car fly. As a hybrid between a car and an aircraft, the concept of flying cars begs the question of which components should take centre stage between the two mediums - should it be more car, or more aircraft in order to enable safe, effective travel?

You may therefore be surprised to learn that the AirCar has a BMW engine and is fuelled by regular petrol, meaning that potential future buyers wouldn't need to worry about refilling with kerosene to take flight. Furthermore, the AirCar's current design gives it a range of approximately 1000 kilometres, meaning that it really could revolutionise long-distance travel for those with the skills and the bank balance to match.

READ: Is Hydrogen the Answer to Zero-Emissions Air Travel?

Aesthetically, the AirCar is sleek, with a streamlined body that aids flight and is equally as pleasing to the eye. Permanently-extended wings would prove problematic when it comes to regular road use, which is why the AirCar's wings retract along the side of the car when it is not in flight, with the tail lifting forward to decrease the length of the vehicle. However, it is capable of transforming itself into an aircraft in just over two minutes, giving it the capabilities to seamlessly switch between the two modes with minimum delays to the driver.

The AirCar currently has capacity for two people, or 200kg in weight. Cruising at 170kph while airborne, the capabilities of the AirCar stretch way beyond what you would expect from a petrol engine, leading us to wonder what future versions will be able to achieve with further-improved technology.

READ: Is the UK's Automotive Industry Under Threat?

The mainstream sale of flying cars will require a massive overhaul in terms of infrastructure, regulations and testing

Unfortunately, it is still likely to be some time before you can pop down your local dealership to purchase a flying car. Much like autonomous or self-driving vehicles, the mainstream sale of flying cars will require a massive overhaul in terms of infrastructure, regulations and testing, which may prevent them from becoming commonplace amongst everyday road users.

The AirCar prototype cannot take off or land vertically helicopter-style; instead it requires a runway in order to gain enough speed and momentum to leave the ground. This would mean that if current designs were implemented on a wider scale, dedicated runways may need to be built to enable their use. It would also bring about huge changes in the way that drivers are tested and qualified - after all, flying is radically different to driving and users would no doubt be required to demonstrate their proficiency in both areas.

There are strong predictions that flying cars have the potential to become a huge area of development.

Nonetheless, there is a lot of excitement and optimism within the automotive industry surrounding the potential avenues that the introduction of flying cars could bring. Now that the AirCar prototype has proved the viability of the concept, there are strong predictions that flying cars will become a lot more than simply a science-fiction trope; instead, they have the potential to become a huge area of development for the automotive and aviation industries, as well as humanity at large. In fact, Klein Vision's website features a prediction by investment bank Morgan Stanley (via Yahoo! News), estimating that the flying car market will be worth an astounding £1.5trillion by 2040!

No matter how close we are to seeing flying cars on our roads and in the skies, the achievements of Professor Klein and his team in developing the AirCar prototype really cannot be understated. It has turned a futuristic concept into a present-day reality, opening up a whole host of possibilities surrounding the evolution of travel and transportation. It will be incredibly exciting to see what Klein Vision does next - and indeed, whether other companies follow suit in the near future.