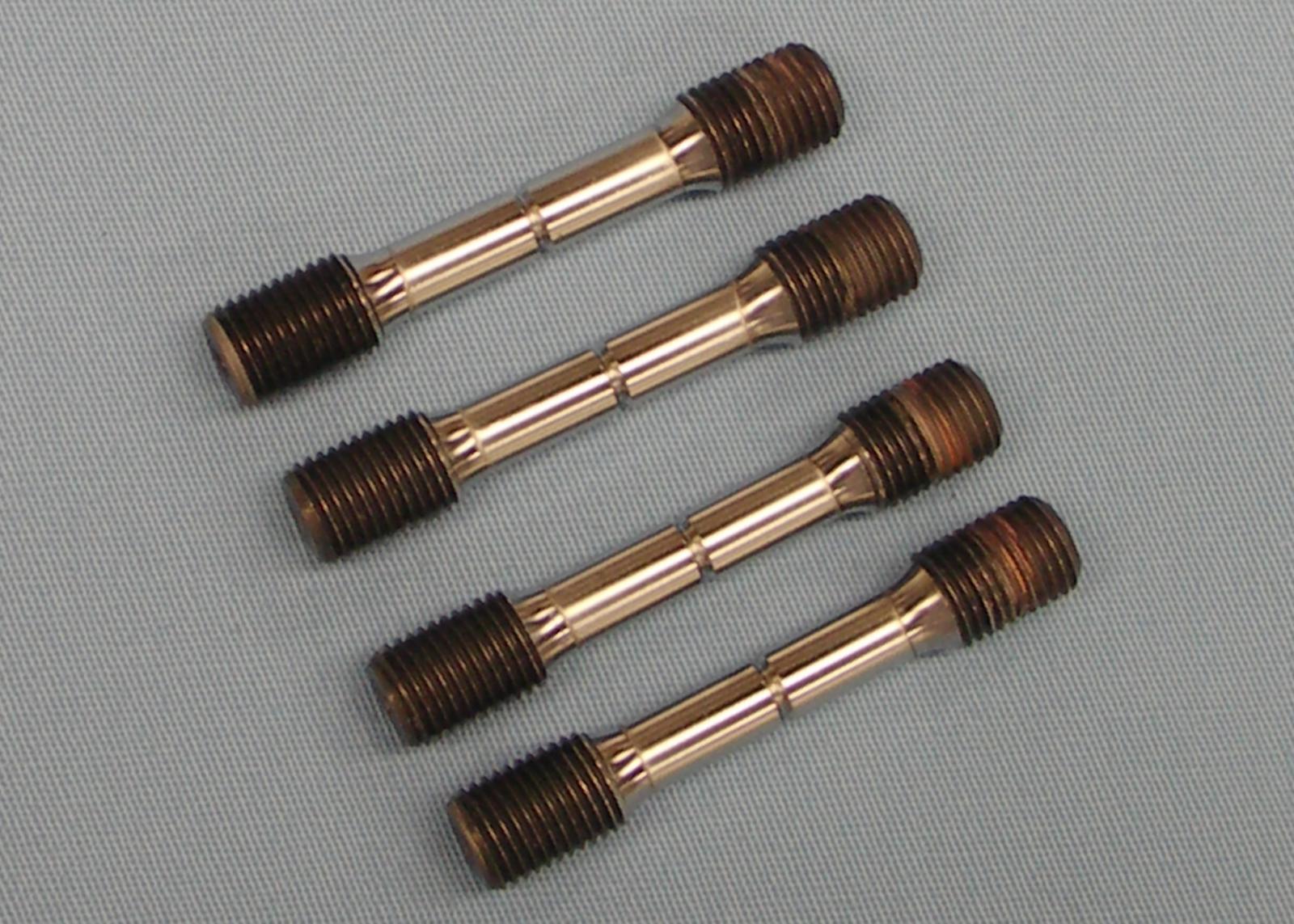 For the aerospace industry, hard chrome plating has been the go-to solution for manufacturers for more than six decades. But with the health and environmental concerns of this commonly-used deposit well known – and with legislation in Europe bringing the reign of hard chrome plating to an end – now is the time to seek a viable alternative. Danijela Milosevic-Popovich, Research and Development Manager at SIFCO Applied Surface Concepts (ASC) looks at the possibilities.

To manufacturers operating within the aerospace industry, the benefits of hard chrome plating are clear to see. It has been – and, particularly for military applications, continues to be – a critical process both in terms of manufacturing and maintenance, providing surfaces which are wear and corrosion-resistant for essential equipment, from hydraulic piston rods and propeller hubs to landing gear, gear shafts and gun barrels.

However, despite its many advantages, hard chrome plating has one major drawback: the use of hexavalent chrome. One of the notorious four Cs – along with cadmium, cyanide and chlorinated solvents – hexavalent chrome is a known carcinogen which causes damage to key organs, including the heart, lungs and kidneys. Exposure to hexavalent chrome can occur at any stage of the plating process and demands lengthy preparation and clean-up afterwards.  This fact, coupled with the production of toxic waste during the plating process, has led to a major reconsideration of its use. Legislation is driving this agenda, not least REACH, a European directive which aims to protect human health and the environment from hazardous chemicals. Despite applying only to chemicals which are manufactured or imported into the EU, the directive is slowly having wider ramifications. As the aerospace industry begins to shift in-line with global trends towards more sustainable products, replacing hard chrome plating is creeping steadily up the list of priorities for many manufacturers.

In finding an alternative, the problem lies in the dominant suitability of hard chromium plating for the aerospace sector. It performs at extremely high temperatures, has excellent corrosion and wear resistance and, together with hardness levels of 700-1,000 HV, delivers an excellent surface finish across a wide range of applications. With all of these attributes, finding an alternative solution which covers all bases is challenging. Moreover, the dominance of hard chrome plating leads many people to ignore its limitations, including the fact it’s a relatively slow process, while the nature of the coating can lead to internal and residual stresses that may result in poor adhesion or the formation of microcracks. However, chromium plating is a universal ‘one stop shop’ and has become the default option for the aerospace industry, but that doesn’t mean others aren’t available.

A wide range of new technologies

Manufacturers are able to choose from a wide range of technologies, none of which use hexavalent chrome. These include various spraying techniques such as thermal spray, PVD and CVD, however, these methods require a high temperature, high vacuum, or high melting point for the substrate. There is also a new breed of super steels. Yet while each has advantages, they also have drawbacks including – in the case of new alloys – the fact they are costly and still unproven over time.

As a result, deciding which to choose can be challenging. Added to this, the aerospace industry is typically cautious. Any change – particularly one of this scale – is perceived to have a high level of risk involved. With particular attention to the components manufactured for the aerospace industry, many are designed to function for several decades without the need for maintenance, so their service longevity must be guaranteed. In the defence sector, where hard chrome plating is heavily utilised to protect mission-critical equipment, the stakes are even greater. Quite simply, none of these alternatives offers the universal appeal of hard chrome plating. However, as the industry shifts to a greener future there is another solution that has been proven to deliver a host of benefits in multiple applications: nickel tungsten, which can provide a viable alternative to the industry’s historic coating of choice.

The benefits of nickel-tungsten deposits

Nickel-tungsten has a variety of comparable characteristics to those of hard chrome including corrosion resistance, wear and hardness, even at high temperatures. It is also non-toxic, making it a truly viable alternative. What’s more, it is already specified in various industry standards, such as AMS2451C, MIL-STD-2197 A (SH) and MIL-STD-865D. It is these unique characteristics which have seen it used in a variety of applications, since manufacturers began to seek a more environmentally-friendly method of protecting components from the demanding conditions of the industry.

The application of nickel-tungsten follows the principle of selective plating – a process developed by SIFCO ASC for electroplating localised areas without the use of an immersion tank. It delivers high hardness levels (660-690 HV, as plated) together with excellent wear performance (ten times lower sliding wear rate than hard chromium). In addition, lower surface roughness means less refinishing is required than with hard chrome deposits.

With the need to implement a solution which is tried and tested while following a familiar application process, nickel-tungsten can be adopted to achieve comparable – and sometimes superior - results to hard chrome plating in many applications.

A new way of thinking

There are many alternatives to chromium plating, but none are quite so universal in their application. As a result, the industry is being forced to think a little differently. Rather than striving to find a direct and complete replacement for all applications, it is perhaps better to find solutions which deliver results for specific applications. For example, a part might require the wear properties of chrome plating, but not its hardness or corrosion resistance. Equally, hard chrome plating typically has a higher co-efficient of friction than nickel-tungsten, making it less suitable for certain components. So, instead of it being a case of ‘one for all’, it is time to think about ‘many for specific’.

Recently, processes have been developed and processing factors have been determined for chrome alternatives in the form of metal matrix composites (MMC). MMC coatings are defined by material with at least two constituent parts. They are formed in two phases: a ductile metallic matrix deposited from the dissolved ions in the solution, and a dispersed phase made from the co-deposited particles. MMCs such as Cobalt Chromium Carbide, Nickel Tungsten Carbide and Nickel Chromium Carbide can offer unique and superior characteristics to metal plating solutions including hardness, wear resistance, and oxidation protection at high temperatures. When the right combination of materials is chosen, the properties can be tailored beyond the possibilities offered by pure metals and alloys.

The fact remains however, that there is a need for an alternative to hard chrome plating which offers similarly broad appeal. That solution lies in brush plating with nickel-tungsten. Providing a wide range of deposit properties capable of meeting a variety of application needs, and with excellent cohesion and adhesion to the base material, it is equivalent or superior to hard chrome plating in most respects – and superior in many. Perhaps the biggest advantage however, is the fact it’s safe, available and tried and tested in aerospace applications.