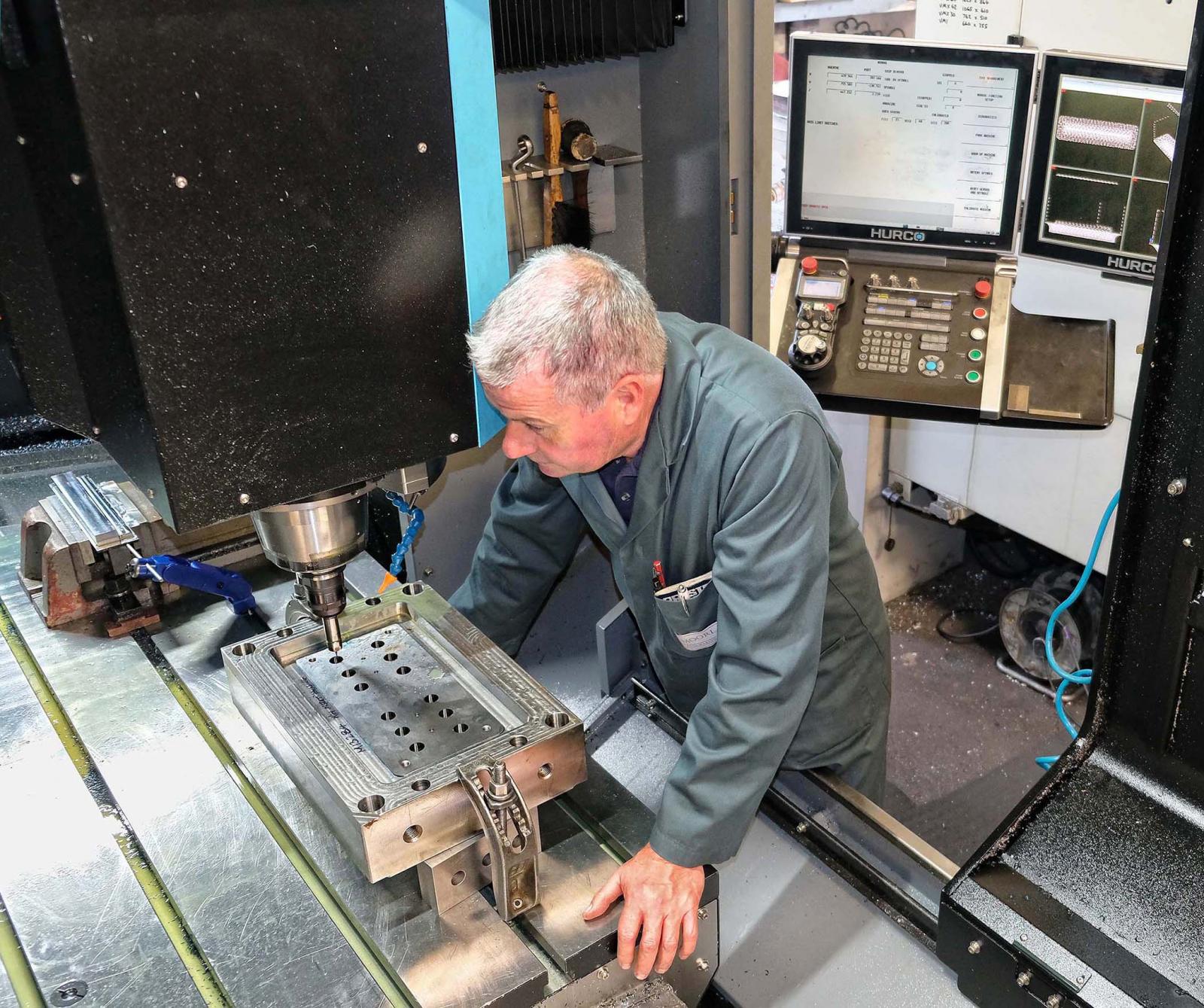 Installed in March this year, the Hurco BX50i double-column, bridge-type machining centre as a 1,350 x 950 x 600 mm envelope for producing big tools weighing up to 2.5 tonnes.

It is also used for producing other large components subcontracted out to the firm, a part of the business that currently accounts for 10% of turnover and involves not only milling but also turning, sparking, wire erosion and deep-hole drilling. On the toolmaking side, which accounts for the other 90%, around two-thirds of output goes to trade moulders serving the automotive industry and the rest to sectors such as white goods and garden ware.

The new, 13-tonne machine represents a step up in accuracy and performance compared with the other prismatic machining equipment in the 16,000 sq ft Batley factory. The HSK-63A spindle speed is 18,000 rpm, up 50% on the previous maximum on site, scales rather than encoders provide feedback of linear axis positions and thermal compensation measures have been incorporated throughout the machine.

Mr Gibson continued, "Since the machine was installed, we have been holding dimensional tolerances of better than ± 25 microns and we expect that level of precision to be long-term.

"We also find that moulds coming off the machine have a better surface finish that typically needs 30% less polishing. It is a big saving, especially on large tools that can take up to a month to machine and then a further week to hand finish."

He added that the higher spindle speed is a further advantage, as smaller diameter cutters can be used so fewer features need to be sparked out, saving the time and cost involved in transferring tools to a die-sink EDM machine and of making copper and graphite electrodes. In any case, milled features like deep ribs are quicker and easier to polish than if they are sparked, as the latter operation leaves a hard recast layer.

The table will accommodate a one-metre-wide workpiece, extending the size of component that can be produced in one hit rather than having to reposition it on the table. It also extends the size of part that can be tackled in two hits.

Mr Gibson concluded, "The BX50i was delivered the day the country was locked down due to Covid-19. Hurco engineers did a great job installing the machine in difficult circumstances, with some of their staff on furlough.

"Since then the machine has run faultlessly during the day and we have full confidence in taking advantage of extensive lights-out running for finishing our moulds through the night, which we do frequently."