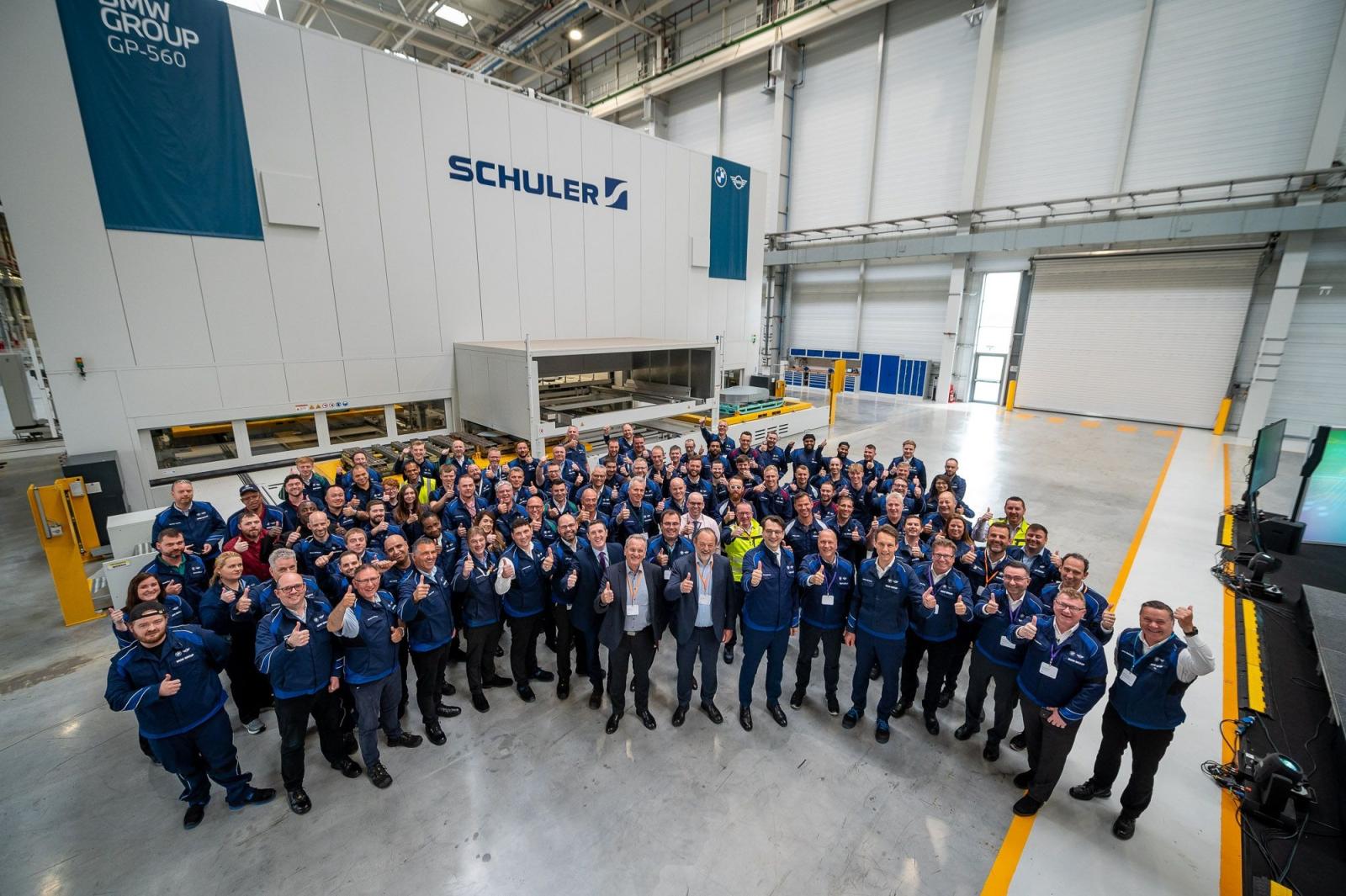 BMW has opened a new automated steel pressing facility at its Swindon plant.

The new press will produce steel panels for the MINI plant in Oxford at twice the rate of the old equipment which it replaces, with the steel blanks and finished panels handled by a new fleet of Automatic Guided Vehicles (AGVs).

“Plant Swindon now has the latest press-shop technology and is ready to take its performance to the next level, as a vital member of BMW Group’s international production network,” commented BMW Group board member for production, Dr Milan Nedeljković.

The use of AGVs throughout the process has streamlined logistics considerably, in particular with the use of a giant AGV which can transport up to six tonnes of material. This is a technological first for the BMW Group and will be rolled out in other press shops around the company’s global network of manufacturing plant. In total, 23 new AGVs have been commissioned in the new facilities, with more planned over the next few years.

The new press is made up of six individual stations which can produce up to 18 parts per minute – more than twice the capacity of the previous press line. The time taken swap the pressing tools is significantly reduced too, from at least 30 mins, to a little over three minutes. The pressure which the new press can apply is 2,500 tonnes or equivalent to the weight of 20 blue whales.

The building has numerous environmental features including water harvesting from the roof to provide water to all non-drinking water supplies. There is also a system which uses the heat from the press hydraulics to heat the main hall. This along with smaller touches such as LED lighting and the long glass roof windows running down the centre of the building have a significant impact, creating a light bright working environment, reducing the reliance on artificial light and contribute significantly to achieving energy saving and sustainability targets.

Dr. Markus Grüneisl, CEO of both the Swindon plant and the MINI plant in Oxford said, “This project is a testament to the expertise and the passion, of the team here in Swindon and I couldn’t be prouder. We are now sharing the learning from all the new projects at Swindon with our colleagues from the wider production network and so showcasing these new advances at Swindon around the world.”

The construction of the new building started in June 2019, after the demolition and the clearing of ‘A' Building on the Swindon site. During the construction of the 36m wide, 210m long, 25m high building, the team has managed the challenge of the COVID-19 restrictions and an enforced four-week shutdown during the first lockdown.

The site currently produces for both BMW and MINI models and has a long history with the first body shells leaving the site in 1955.