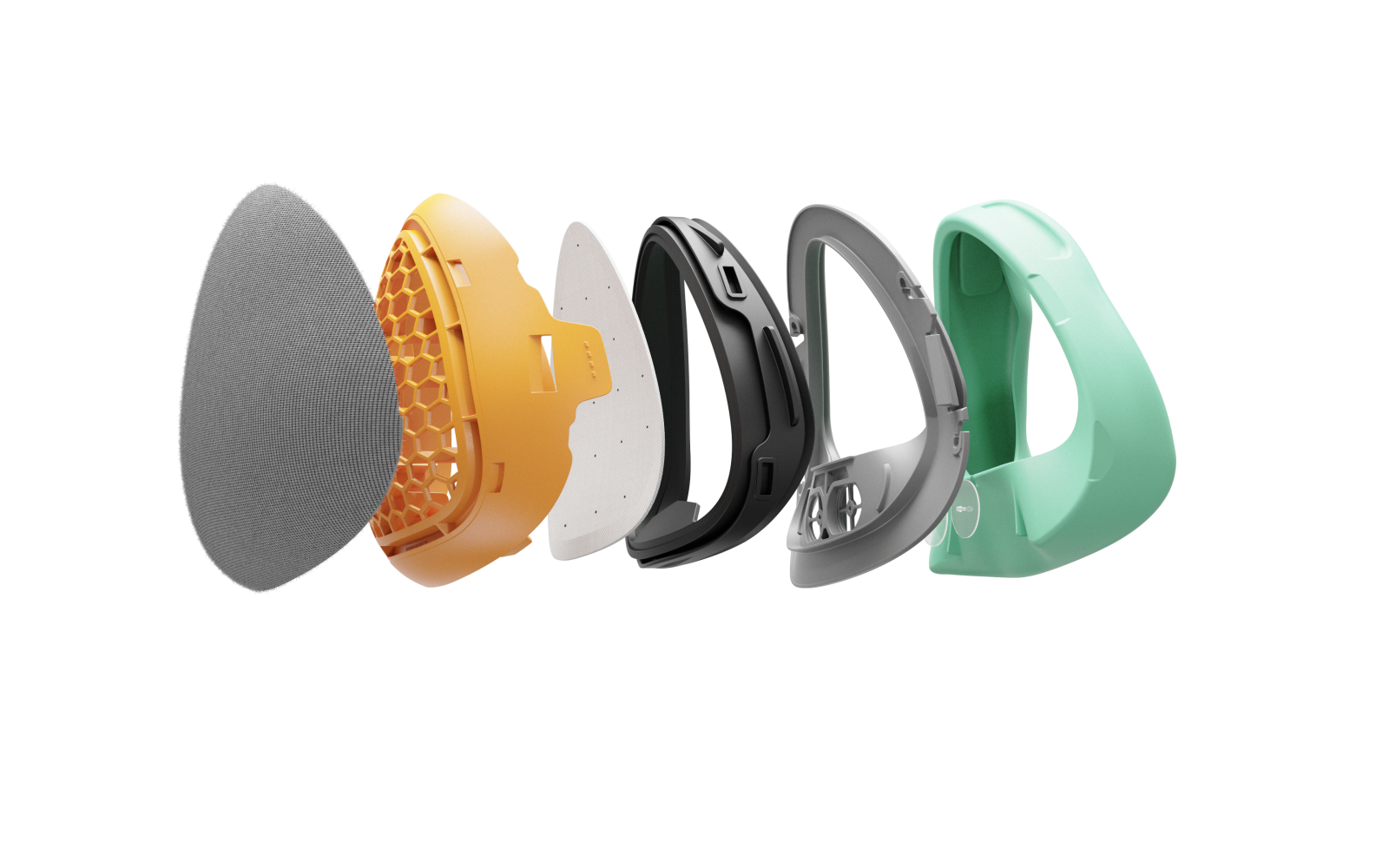 Elliot, Harry and Alex met whilst studying Economics at the University of Bath and quickly became great friends. After graduation they moved to London and fell in love with cycling as the best way to get around the city. As cyclists they noticed that pollution was becoming a key issue and started looking for masks to protect themselves from pollution, however they couldn’t find anything that combined personality with real, research-backed innovation. So, they came up with the Airhead mask – the unique pollution mask designed to help users move more and stay healthy. The mask is designed to protect people from particulate matter and irritants such as smoke, dust and pollen.

The three entrepreneurs took the plunge by quitting their jobs to concentrate on Airhead full time and collaborated with Brunel University to create the innovative new pollution mask. To support their dream they launched a Kickstarter campaign to raise funds to bring their idea to life. They set out to raise £30,000 and hit their target in just under 4 hours. Their campaign raised £315,511 and finished in the top 0.5% of all time most funded Kickstarter projects.

Airhead and Realise decided to move forwards with RP because it bridged the gap between rapid prototyping services and more traditional steel tool makers and injection moulders who have 3-4 month lead times. RP provided very quick lead times but still maintained exceptional quality and a personal service at an affordable price. RP worked closely with Airhead and Realise offering advice on the component designs to ensure they were time- and cost-effective to manufacture.

A unique feature of mask design is that no glue or solvent is needed, all of the parts clip together so the accuracy of RP’s tool making and moulding was vital. The idea behind this is to make the mask more sustainable and easier to recycle, as well as extending the lifespan of the product by being able to replace individual parts if required. The mask’s completely modular design means it can quickly be taken apart for easy, thorough cleaning.

There are 7 different moulded parts that make up the main body of the Airhead mask. These are a mix of POM, polypropylene and TPE, depending on whether a rigid structure was needed or a soft seal to create an airtight seal against the face. Three parts presented particular challenges.

The Front Cup moulding was probably the most difficult component to tool and mould in a repeatable way. The texture, fine wall thicknesses, deep draw ribs and side features all added up to potential issues. There were potential problems with polymer flowing into the honeycomb area, meaning RP needed to run comprehensive mould simulation analysis to ensure the part filled correctly.  During moulding trials, RP quickly discovered that additional venting was required in certain areas of the tool to ensure the mouldings filled and were uniformly rigid. This venting alone caused issues with the part geometry meaning RP had to come up with some ingenious ideas to solve the problem.

The Opening/Filter Seal was a complex component to tool and mould. There was a lot of consideration when designing the tool with regards the side wall features adding sliders into the tool was vital to ensure the features all formed correctly within the customers tolerance range. The tool also required additional ejection points across the part to ensure no damage occurred while de-moulding, which ensured the soft TPE wasn’t covered in pins marks.

The Nose Cup/Facial Seal required polished features to ensure the final component was very smooth and visually attractive as it’s one of the main components that is seen. It also needed to be flash and defect free as the component is in contact with the user’s face. The moulding process for this part was quite involved as the component is moulded around a solid, loose core insert, which is carefully removed by hand for each cycle. The loose insert was required because the geometry of the component was undercut and wrapped around the entire core. There was no other way to manufacture this part unless a complicated collapsing core system was used, which would have been extremely expensive and not possible within Airhead’s budget.

Once testing and development was complete, Airhead approved the moulded components. RP ran a low volume production run manufacturing 8,500 of each part to fulfil the orders received via their crowdfunding campaign, and to launch the sale the mask via their website.