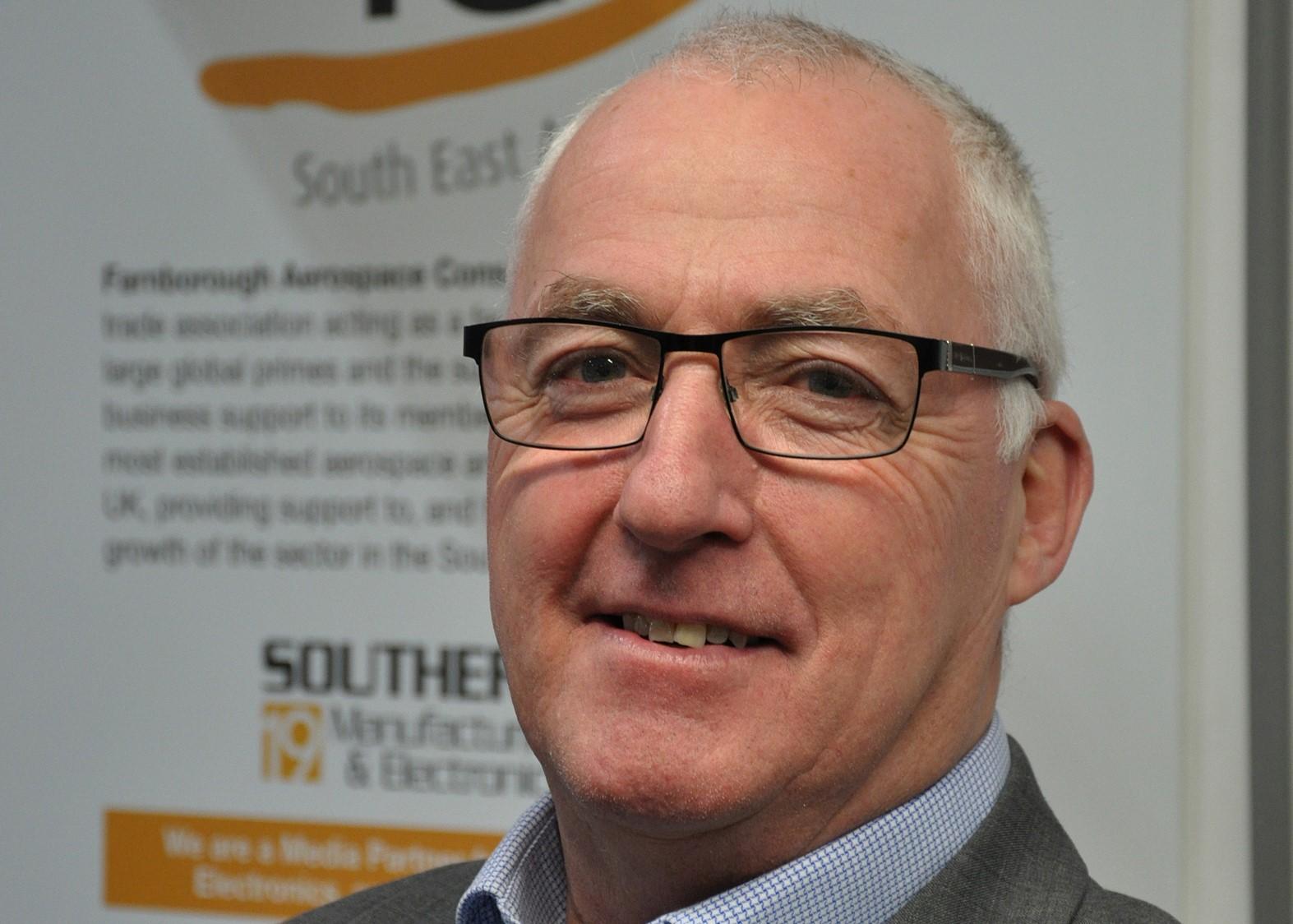 Alan Fisher is to become the new CEO of the Farnborough Aerospace Consortium in place of David Barnes OBE who is stepping down after 16 years in the role.

Farnborough Aerospace Consortium (FAC) is one of the longest established aerospace and defence trade associations in the UK and has circa 200 members in the south and south east of England.

David brought a vast amount of experience to the consortium after a long and varied career in the RAF and in business.

After retiring as a Group Captain in the RAF, he joined US manufacturing giant ITT before becoming a director of Plessey then an MD with Siemens, BAE Systems and Thales.

He has also been president of the Royal Institute of Navigation and the UK’s Unmanned Aerial Vehicle Systems Association – his OBE was for work in electronic warfare.

David will be replaced at the end of the year by Alan Fisher, who has been working with FAC as a supply chain consultant.

Graham Chisnall, chairman of FAC, said: “I have known David for many of his FAC years.

“I’d like to pay my own personal thanks to his leadership and broader contribution on national committees and other forums during this time.

“As FAC adapts to a post-COVID aerospace sector he has decided to take advantage of the opportunity for change and will retire from FAC at the end of December.”

David said: “It has been a great pleasure to serve on of the longest established aerospace and defence trade body in the UK.

“I am proud of the work we have done, the businesses we’ve helped, the improvements we’ve assisted in bringing about in the aerospace and defence sectors and the legacy I leave behind.

“Having worked with Alan for several years I know the FAC is in good hands.”

Alan said: “David is quite an act to follow and he has left behind an association that is highly regarded and respected around the world.

“The UK is a world leader in aerospace and post-Covid the task is to help the sector and businesses in its supply chain to recover and get back to where they were.”

Alan is widely known throughout the aerospace sector, having held senior positions with a number of Tier 1 companies including Ultra Electronics and Raytheon Technologies.

He has sat on the board of MEP Ltd, a £4 million SME, as well as being international sales director at ADS - the UK national trade association.

Alan has also been an aerospace sector specialist with the Department for International Trade (DIT), providing expert international investment and trade advice.

Furthermore he has supported the aerospace team of the Department for Business, Energy, and Industrial Strategy (BEIS).

The FAC’s events are also returning with its annual conference set for November 25.