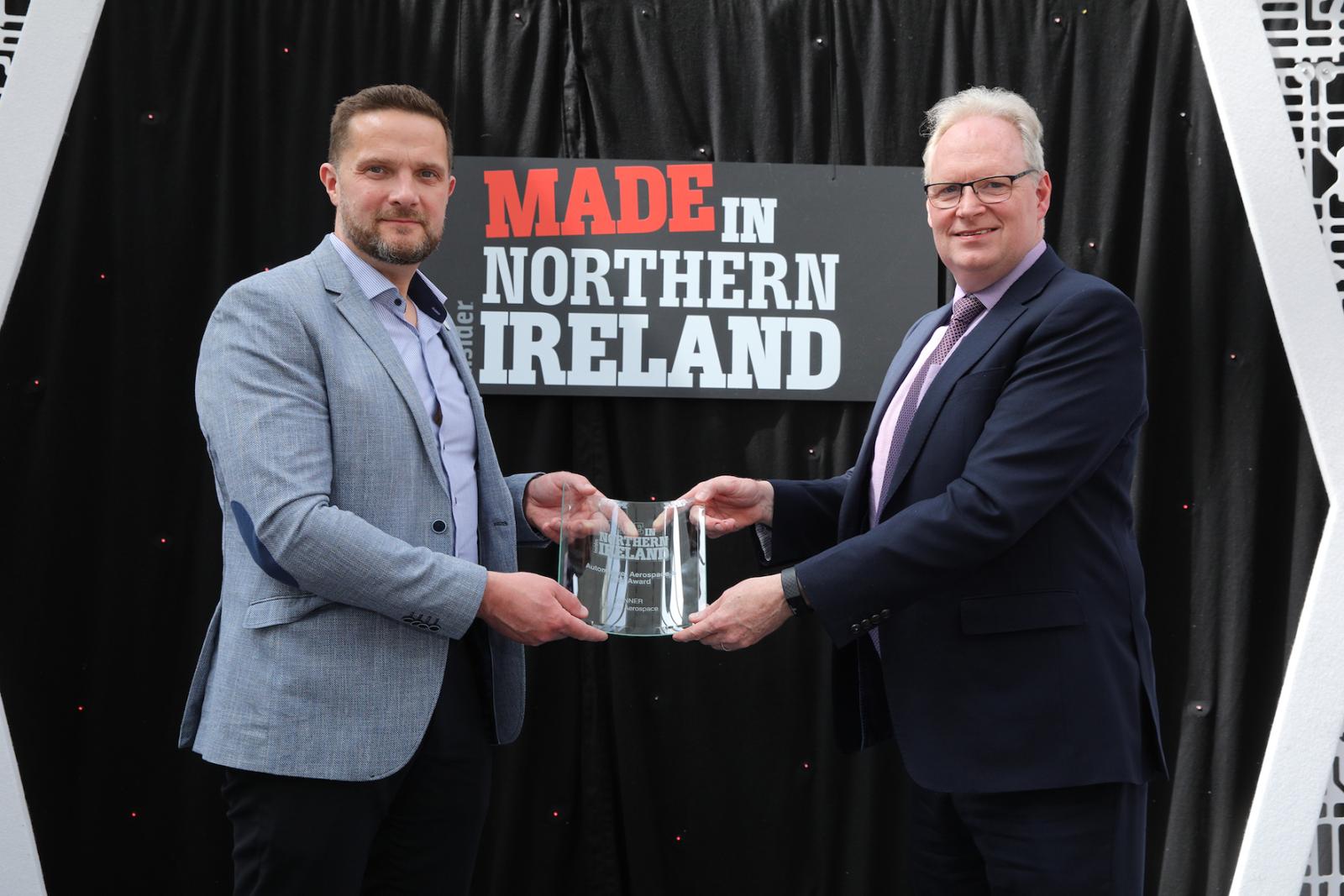 The company was awarded the Automotive, Aerospace and Rail award at the recent Insider Media Made in Northern Ireland Awards, where it was shortlisted in an impressive four categories. The judges noted Collins’ commitment to using the local Northern Ireland supply chain as being an important part of its success.

The Made in Northern Ireland Awards, which were held at Titanic Hotel in Belfast, showcased the high quality and excellence of the region’s manufacturing and engineering businesses, and recognised the resilience of the companies operating within the sectors.

The company has also been announced as a finalist in the respected Crystal Cabin Awards for 2022, which recognise and award excellence in aircraft interior innovation. It has been shortlisted in the ‘New Cabin Concepts’ category for the innovation shown in the design and manufacture of the Finnair AirLoungeTM seat, which was one of this year’s most widely discussed entries.

Manufactured by the team in Kilkeel, the AirLoungeTM business class seat was created in cooperation with Finnair, PriestmanGoode and Tangerine. It has been described as “more like a piece of classic Nordic furniture than a simple airline seat” for its features, which include a contoured shell design that provides passengers with more living space and freedom to relax, as well as offering added privacy.

The winners of the Crystal Cabin Awards will be announced at the upcoming Aircraft Interiors Expo in Hamburg on 14th June.

Collins Aerospace in Kilkeel, part of Raytheon Technologies (RTX), which has over 300 sites globally, was also recently announced as the winner of the RTX/Collins Environmental Health and Safety (EH&S) Award for Large Site Excellence.

The award recognised the Kilkeel facility for demonstrating excellence in EH&S management over the preceding two-year period through significant performance improvement or long-term sustained performance excellence. Whilst continuing to ensure a safe working environment during the global pandemic, the Kilkeel team continued to drive its EH&S culture by launching a new injury reduction and safety culture programme, which helped reduce injuries by over 90% and near misses by 64% within one year.

Within the same awards, EH&S Manager, Andrew Chambers was crowned the winner of the ‘EH&S Spirit’ award. This award, in honour of Yadira Gaeta, recognises an employee across Collins Aerospace that possesses the qualities of a true leader – one who isn’t afraid to think outside the box; creates a broader sense of community and helps to transform the company’s culture.

Andrew was nominated for the award for the leadership he has shown within the company’s EH&S department, and his contribution to the development of a positive culture, including spearheading the introduction of a mental health first aider programme across the facility. He played a key role in the success of the company’s injury reduction and safety culture programme and has helped establish best practices that are rolled out to other sites within the company.

Managing Director of Collins Aerospace in Kilkeel, Stuart McKee spoke about the company’s recent success saying, “Being shortlisted in such distinguished awards, both regionally and globally, is an outstanding achievement for our team, and a reflection of their hard work and dedication to excellence. We were delighted to win the Made in Northern Ireland award for our contribution to the region’s Aerospace sector, which is thriving at present.

“Our facility in Kilkeel has evolved in recent times and our employee health and safety is paramount to the company, so to be given the award for Large Site Excellence across all of the sites is fantastic, and I’m delighted that Andrew has been recognised for his contribution to the company. Being selected as winner out of all Collins’ sites is a great achievement for him. I’m really proud of our team for the culture that has been created within the facility and the progress that has been made.”